I have received word from his wife and partner of 40 years, Sylvee, that Paul Crockett, “an amazing, incredibly wise man, took his departure on Jan. 10, 2014.

“He held up so much for so many that I hope the Earth does not crack,” Sylvee wrote. “Not always kind in the way I wanted, he was ever my friend, always in support and wanting the best for me.

“Such a beloved, Dear Paul,

“May your flight be easy, your arrival heralded and your travels ever filling your heart with love….”

I first met Paul Crockett in 1972. He was taking the gate as manager of Desert Sun at a dance-concert in Lone Pine, a small desert town below Mount Whitney in eastern California. I had heard the group perform a week earlier at a movie theater in Bishop, where they had opened for another group. Desert Sun’s self-styled “conscious music” received a none-too-favorable reception by a crowd high on reds, whites, and booze.

The Lone Pine concert was held in the dark and dingy town hall, the size of  a basketball court, with a stage at one end. The musicians were more at home in the smaller venue, where they could almost touch the few dozens of people who showed up to dance and listen. I was in my early 30s, going through some heavy personal changes. The men on stage were ten years younger than I, yet their music communicated an almost mystical acquaintance with personal struggles to find oneself. They played one song a couple of times that night that particularly resonated with me:

I wanted to know more about these guys and what they had been going through. During one of the breaks I approached the flutist and apparent leader of the group and asked if they’d like to go out in the hills with us after the concert and get stoned.

“This is how we get high,” he replied, off-handedly, without judgment.

“Far out!” I said, rolling with it. “Well, come along anyway and get high off the rocks. Have you ever been to the Alabama Hills?” He indicated that he hadn’t.

“They’re these unbelievable rock formations just a few miles out of town,” I continued. “There’s a full moon tonight and it’s like being on another planet out there. We live on an old mining claim; and if you don’t have to get back to Shoshone tonight, you could stay with us there.”

I felt an immediate rapport and wanted to get to know him better. He seemed interested but said he didn’t know what their plans were yet. He’d let us know after the concert. As the music resumed I was swept back to the dance floor.

When the concert ended and the lights came up, I grabbed a broom to help clean up. The fellow who had been collecting the gate was also sweeping. As we disposed of a small pile of rubbish we had swept to the center of the room, he introduced himself as Paul Crockett, the group’s manager. Leaning on our brooms we engaged in a bit of small talk in the course of which he mentioned that he had been prospecting around the Southwest for a few years. I asked where.

He mentioned places in New Mexico, Arizona, Nevada, and Goler Canyon in the nearby Panamints, the range of mountains forming the western boundary of Death Valley. His familiarity with Goler Canyon immediately sparked my interest. It was there that Charles Manson and his Family had been arrested a few years earlier. Not only had Crockett been there around the time of Manson; he had spent some time with him. I was bursting with curiosity.

“You see those two fellows up there?” Crockett continued, pointing to Paul Watkins, the flutist, and Brooks Boston, the lead guitarist, who were packing up equipment on stage. “They were with Charlie.”

“You mean they were in the Family?” I asked.

“For more than a year,” Crockett said.

I told him about my interest in what actually went on in the Manson Family and asked if he would do an interview about his experiences with Manson. He agreed and suggested that I would also be able to interview Brooks and Paul about their experiences since the court order silencing them had recently been lifted following Manson’s conviction for the Tate-LaBianca murders.

With the hall cleaned and the group’s equipment packed, we moved our discussion to the Sportsman Cafe. Over coffee I arranged to visit them in Shoshone a week later when they would give me as much time as necessary. Paul Watkins did accompany us to the Alabama Hills that night, but I decided to deferred discussion of his association with Manson and contented myself with small talk and listening to him play the flute.

My stay in Shoshone lasted ten days. I had arrived hoping to gain some insight into the internal structure of the Manson Family, perhaps enough material for an article. I was particularly interested in Manson’s methods of “programming” his followers, a subject about which little of substance had been written. I got much more than I bargained for.

I found in Paul Crockett a homespun guru. His knowledge of the way realities are structured by agreements enabled him to understand what Manson was up to. Crockett’s insight enabled him to show several members of the Family how to break from Manson.

Following those ten days of interviews at Shoshone, a few months later I moved to Tecopa, a town a few miles south of Shoshone where Crockett and Desert Sun had relocated. I spent the better part of the next two years with the group.

For my profile of Paul Crockett published in Psychic (later, New Realities) magazine in 1975, go to: 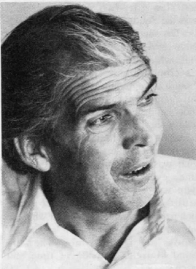