Michael D Gough and Cammie Pavesic are at work on a documentary about the effects of Idaho’s failure to add the words sexual orientation and gender identity to its human rights law. They have just released part of the project, which features Julie Zicha talking about her son, Ryan. 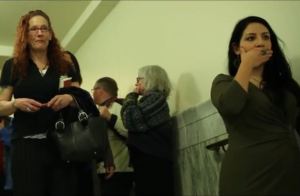 It is a powerful piece:

As I wiped away the tears, the despair in Ryan’s suicide note echoed in my mind:

Pocatello is the essence of evil. People are always judging you, pointing at you, staring at you because you’re different. I just can’t do it any more…. I can’t see another way out; I can’t deal with another day.

In a sense, not only Pocatello but Idaho’s essence is infected by the evil in our failure as a community to protect people from being discriminated against because of their sexual orientation or gender identity. How do we right this wrong when our elected representtives refuse even to give it a hearing?

My initial impulse is to go down to the Statehouse—with several thousand fellow Idahoans. Let’s let the powers that be know that they cannot go home to run for reelection until they have completed this part of their civic (and civil) obligation: Add the Words! For more than eight years, they’ve been putting it off out of political convenience.

So far, hundreds have been willing to face arrest in this effort. What would happen if thousands showed up to insist that they Add the Words? 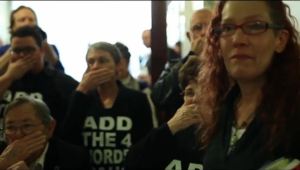 Shouldn’t we shut ’em down until they listen to Julie Zicha and many others and hear about the consequences of their inaction, which is itself a form of unjust discrimination? Let’s put an end to the foolishness of putting eradication of our wolves and arming of our campuses ahead of the equal rights of our citizens.

2 thoughts on “Essence of Evil”