This year, Richard Stallings is seeking to regain his seat in Congress, which has been occupied by Mike Simpson since 1993, after Richard left it to run unsuccessfully for the US Senate.

On Friday, Sept. 5, 2014, Richard and his wife, Ranae, are celebrating their 51st wedding anniversary, and we’re throwing them a party. Please, join us.

We’re asking folks to honor their mutual commitment to public service by making a $51 contribution to Richard’s congressional campaign. Of course, no one will be turned away from this celebration. The campaign can use volunteers as well as money!

The party is from

in the historic Morris Knudsen House 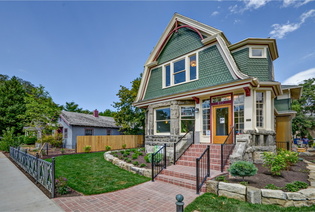 If you’re not familiar with Richard and his values, check this out: http://idahodems.org/news/stallings-speaking-the-truth/

Co-hosts for this party are veterans of the successful efforts to save Hulls Gulch: Anne and Alan Hausrath, Ann DeBolt and Roger Rosentreter, Judy Ouderkirk, Bruce and Sue Bistline, Mike and Sharon Burkett, Pat Ford and Julia Page, Diane Ronayne and me, Gary Richardson .