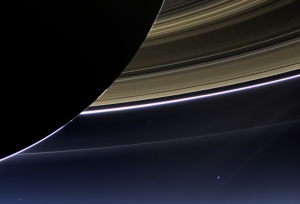 July 19, 2013: the wide-angle camera on NASA’s Cassini spacecraft captured Saturn’s rings and planet Earth and its moon in the same frame. Nearly 900 million miles away in this image, Earth appears as a blue dot at lower right; the moon is off its right side. (The two are seen as separate objects in an accompanying composite image PIA14949.) Other bright dots nearby are stars. 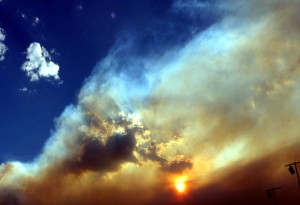 Aug. 10, 2013: Smoke from a fire in the Smoky Mountains to the west rises over the Wood River Valley. 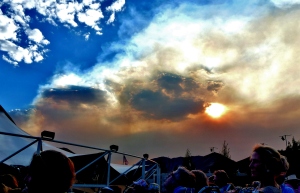 On Friday, Aug. 16, we were evacuated from our camp site on the North Fork of the Big Wood River, as the fire crept down northeastward drainages: 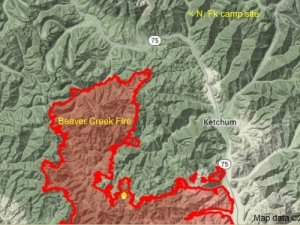 So, we headed north, over Galina Pass and into the Sawtooth Valley.

There, our friends Donna Marie and Bob Hayes let us camp in their “front yard.” 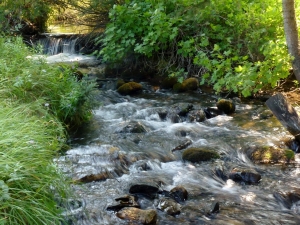 Fisher Creek runs through it. Click through to hear and see it on its way from the White Clouds to the Salmon, August, 2013.