A few hundred yards from our home in the Boise foothills:

Sand and gravel used in construction of Fort Boise was taken from the hillside above the road to the gold mines near Idaho City, the largest town in the Northwest in the late 19th century. The road passed through the fort to ensure that gold from the mines made its way to the Union treasury.

At times like this, one almost forgets that we live in the high desert. 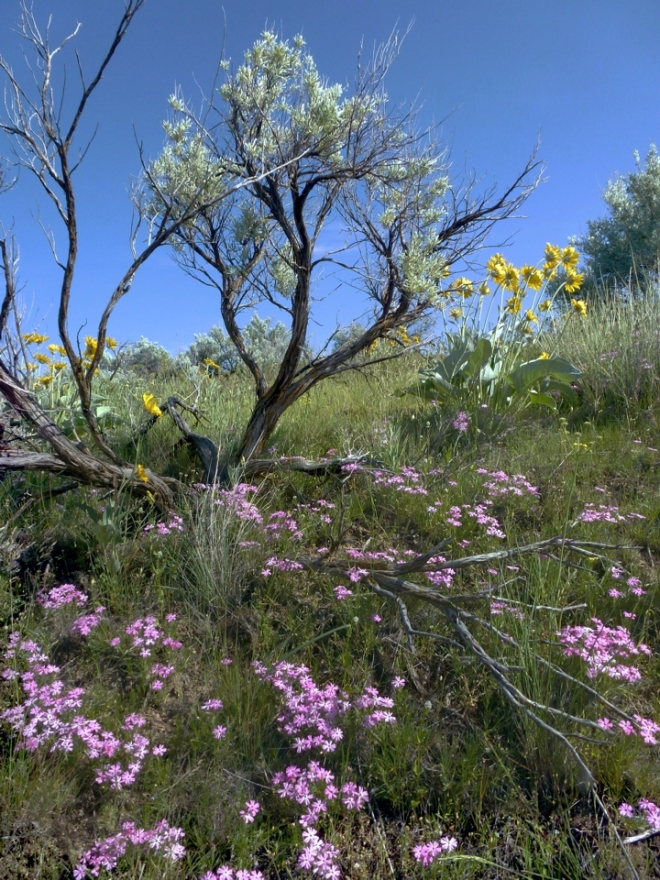 4 thoughts on “New photos from our Boise “backyard””